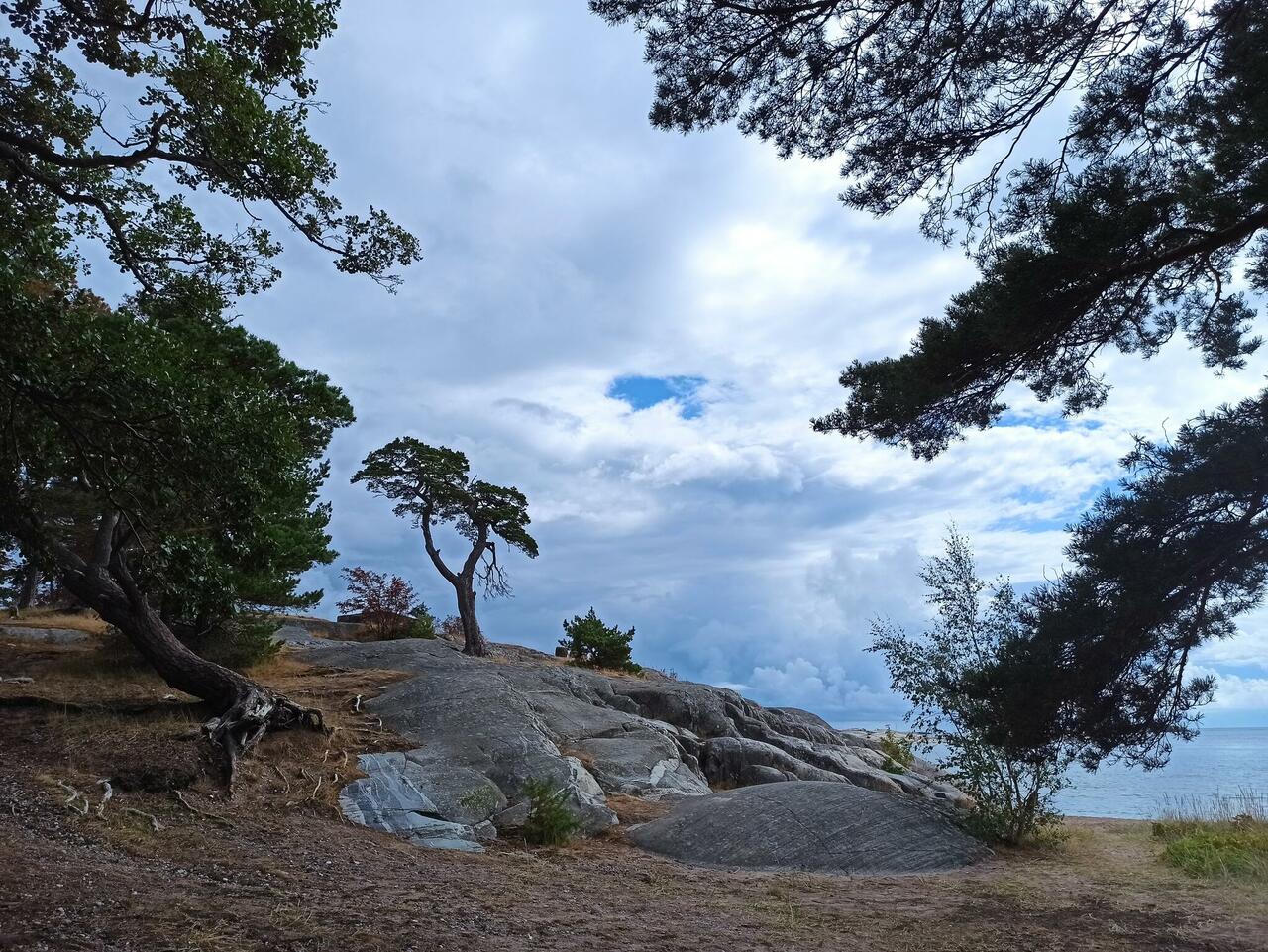 Over the last few days I have been participating in the Finno-Ugric Congress of writers; it is the 14th such conference. I have never attended one before, and it was quite an unusual experience. Maybe this was because up till now I had not been so keenly conscious of belonging to such a small country. Estonians today, are not really part of a people whose language is dying, the way many Finno-Ugric peoples are. Many living in the Russian Federation are continually faced with that danger. This is especially true of those whose language is only actively used by a few dozen and passively by a few hundred people. Nevertheless, to belong to a people numbering about one million, what does this really mean? To be born Estonian (in my case actually half-Estonian) was not my choice; it was my heritage and I have adopted it with pride. And stubbornly carried inside me the sentence my teacher uttered to my mother when I entered second grade. “This girl is going to have trouble with Estonian”. But the Estonian language was never difficult for me. Estonian is my mother tongue.

And yet I have always somehow tried to be more, to stand taller or outside Estonia pure and simple. I have always felt, particularly acutely when living in Berlin in 2010, that I cannot in full seriousness utter sentences that begin with the words “In our Estonia…”. Rather, I can say “This or that is how it is in Estonia, and I think this or that”, but it is hard for me to say, “Here in our Estonia this is how things are or are done”. I have said this sometimes, but it doesn't come naturally easily or automatically. Should it, really?

Now one might ask whether the circumstances, the wish to be more than an Estonian or to position oneself outside the nationality question is connected to the fact that I am only half-Estonian. My Russian heritage has not played a significant role in my upbringing eventhough I started out as a bilingual child. Perhaps my wish to be more than an Estonian is connected to my being a creative person who writes, and who thereby has different expectations of life. Maybe these strands cannot be completely untangled at all. These parts have simultaneously come together in me – the so-called foreign blood and a creative nature coexist.

Sitting at the Finno-Ugric congress I tried to grapple with the question in myself as to what extent I am rooted here in Estonia. Where do my tribal and national feelings lie? I couldn't say that they don't exist at all, but the position of a bystander or a “not-quite-a-member-of” is more comfortable for me. There’s nothing I can do about it, it just feels right to me.

Today, as I was walking through Tartu I was thinking whether I honestly, sincerely want to live in Bulgaria. I am thinking about this because my older son's father is Bulgarian and lives in Sofia. On the one hand I want my son to have the chance to make that language and culture his own. On the other hand, I know that I am still disentangling the bundle of guilt that still disturbs me concerning his father and the failure of our life together.

I don’t know. I have conflicting feelings. I am glad that I am able to feel them. At the moment I am free – more or less – from the spell that he, my son’s father and his potential love, could somehow redeem me. And this perhaps allows me to see things more clearly. I am quite sure that I am enchanted by Bulgarian language and culture. And naturally therefore, I could be enchanted by him, someone who is also an important person to me. However, I know how dangerous it is to move to another country because of someone else. Our love did not bear fruit in Tartu, and there we did not know how to be what we wanted to be for one another. And yet here in Tartu our son was born. Tartu is a city that in some respect carries a mark of pain for me.

I think I would rather like to go to Bulgaria. Someone like myself needs such a new impulse; Perhaps, I can't successfully put down roots after all, though? Perhaps, I have to find roots in something else. What does that mean for my children? Will they be able to put down roots – and where? Or in what?

The other thing I was thinking about this morning was exactly how do I see myself and my future? In a few months, I will turn 37, and ideally I have years of productive life ahead of me. It is clear that I want to contribute to the world, to people and society primarily through writing, to think about the world by writing about it. I think I can do this better by writing more accessibly on a human level than as a scholar. Working as a researcher is somewhat too narrow. At the same time I don’t know who I would be if not a literary scholar. A writer? Perhaps I don’t have to choose between alternatives, to be this or that, and maybe it is the wrong way to state the question. At any rate it is clear that a person has to earn a basic living, even if it means settling for less.

Actually, I really crave a time of total retreat somewhere which may be likely in the spring, supported by a creative grant, for example. It is good that I know who I am. That I am a person who writes. While, also at the same time, I don't know exactly who I am. That is good, too.

Thank you for listening to me this morning. I am sending you the talk I gave at the Finno-Ugric Writers’ Congress, entitled “The Memories of Pain and the Pain of Memories”.

I am so glad you are there.