An excerpt of the book "The Courage of Living. Letters to Käbi" (Elamise julgus. Kirjad Käbile", EKSA, 2019). Translated by Tiina Ann Kirss.
See also "How this book came to be, or why write letters to a person you have never known personally?"
Read also the Letters. 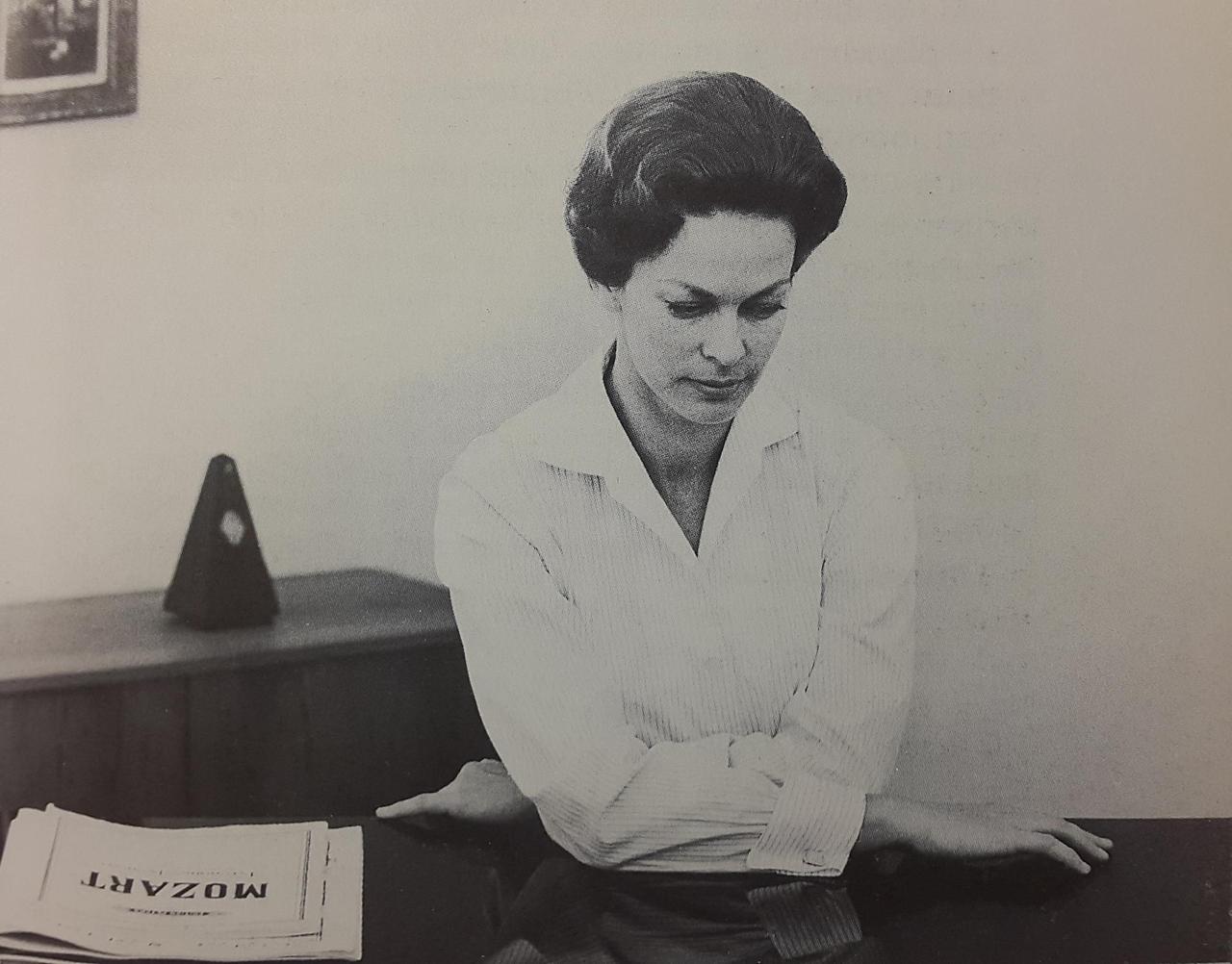 Käbi Laretei (14.7.1922-1.11.2014) was an Estonian-Swedish pianist and writer. She was born and raised in Tallinn as the daughter of an Estonian diplomat, and thus she had had the chance to become acquainted with several other European cities. In 1940 she was forced to leave Tallinn for Stockholm, where her father was the Estonian ambassador, and there was no way back. Her studies in music at the Tallinn Conservatory were interrupted, and as a refugee she was not permitted to study at the Swedish Royal Academy of Music. However, Käbi had the determination and the support of her family to seek other opportunities for pursuing her musical studies with private teachers. This took her to Germany, Switzerland, and other places in Europe. She became a concert pianist who performed on the world’s stages, and her interpretations of Chopin, Handel, Mozart, as well as Rachmaninoff, Hindemith, Pärt and many other composers were heard around the world.

In 1950 Käbi married the Swedish conductor Gunnar Staerne, and their daughter, Linda, was born in 1955. In 1958 Käbi met the filmmaker Ingmar Bergman. First, they began corresponding, and a great love story followed, which later became a lifelong friendship. Thus Käbi divorced Gunnar Staerne in 1959 in order to marry Ingmar Bergman. Their son, Daniel, was born in 1962. Käbi and Ingmar were divorced in 1969, though they had already been living apart since 1967.

Käbi’s first book, published in 1970, was a collection of essays on music, entitled „For whom do I play?“ Though this book, as well as her later books (12 in all) have been translated into Estonian, Käbi’s writing language was Swedish. This is interesting and worth keeping in mind. Käbi knew many languages, and she could freely hold a conversation in at least five of them.

The next books Käbi wrote were mostly about herself, her memories, and her family, but she treated these topics in a very unusual, deeply touching way. Käbi`s father, the former diplomat Heinrich Laretei, died in 1973, and her mother, Alma Laretei (nee Kollist) died in 1974. After the death of her parents, something strange happened to Käbi: she could no longer play the piano. Because of this sudden life change, she felt compelled to undertake a personal journey through the loss of her parents back to her Estonian homeland. In 1976 she published her first book based on her own experiences and her inner life, „A Handful of Soil, a Small Plot of Land“, which is mostly about Estonia and the loss of her homeland. Later many books were published about Käbi’s life and music. She was able to overcome her creative block and continued to give piano performances to enthusiastic listeners into the 1990s.

In one of her lectures for the radio broadcast series „Ööülikool“ [Night University], entitled „What is Holy about Education?“ Marju Lepajõe described what it was like to listen to Käbi:

„Though it is said that there are no irreplaceable people, unfortunately such creative erudites [Arvo Pärt, Madis Kõiv, and Käbi Laretei] can never be replaced. Concert pianist and writer Käbi Laretei has had the same effect on me as Arvo Pärt. The last time I heard her perform was in the main auditorium of the University of Tartu in April 1993; it may have been her last performance in Estonia. There she was, in the dimly-lighted auditorium (the lights had not been turned on) on a warm April evening, giving -- with no exaggeration -- a heavenly rendition of Franz Schubert`s Sonata in B. People sat in stunned silence as if bewitched. Because there was so much applause and so many calls for encores, she played Georg Friedrich Handel`s „Menuet“. She performed it twice in different tempos and while playing, she spoke about why she was interpreting the music in certain ways. Hearing that „Menuet“ -- both versions of it -- was something so perfect, so enchanting, her commentary included. Then there was her concentration, her respect, even her attitude, the fineness of her perception, indeed her extraordinarily fine perception. Moreover, her ability to put her thought into music. This affected me so powerfully that in the days that followed, I was able to break through a block in one of my translations, where I had been stuck for a long time. Simply speaking, there are two different tempos and accents, emphases, can be changed. That was the way to overcome the block.“ [1]

In an interview with Urmas Ott, pondering how the different roles of music and writing affected her and how they were important to her, Käbi said that after she began writing, she was better able to understand music, and her playing changed: „My music is about speaking, telling stories, just as the basis of literature is not writing a novel or imagining something out of the blue, but telling stories. I am a storyteller.“ [2]

When asked how she wanted to be remembered and recorded in history, Käbi responded: „ If my power has reached someone, and if it has empowered others; if my thoughts --perhaps even through my books --can empower someone, for me this would be heavenly.“ [3]

However, in fall 1997, she wishes herself courage: „For aging. For dying. To continue living. That I would not limit myself to worrying about how my life will go. I wish for courage, just to keep on living.“ [4]

Previous
falling & my heaviness
Next
Why write letters to a person you have never known personally?
Add a comment