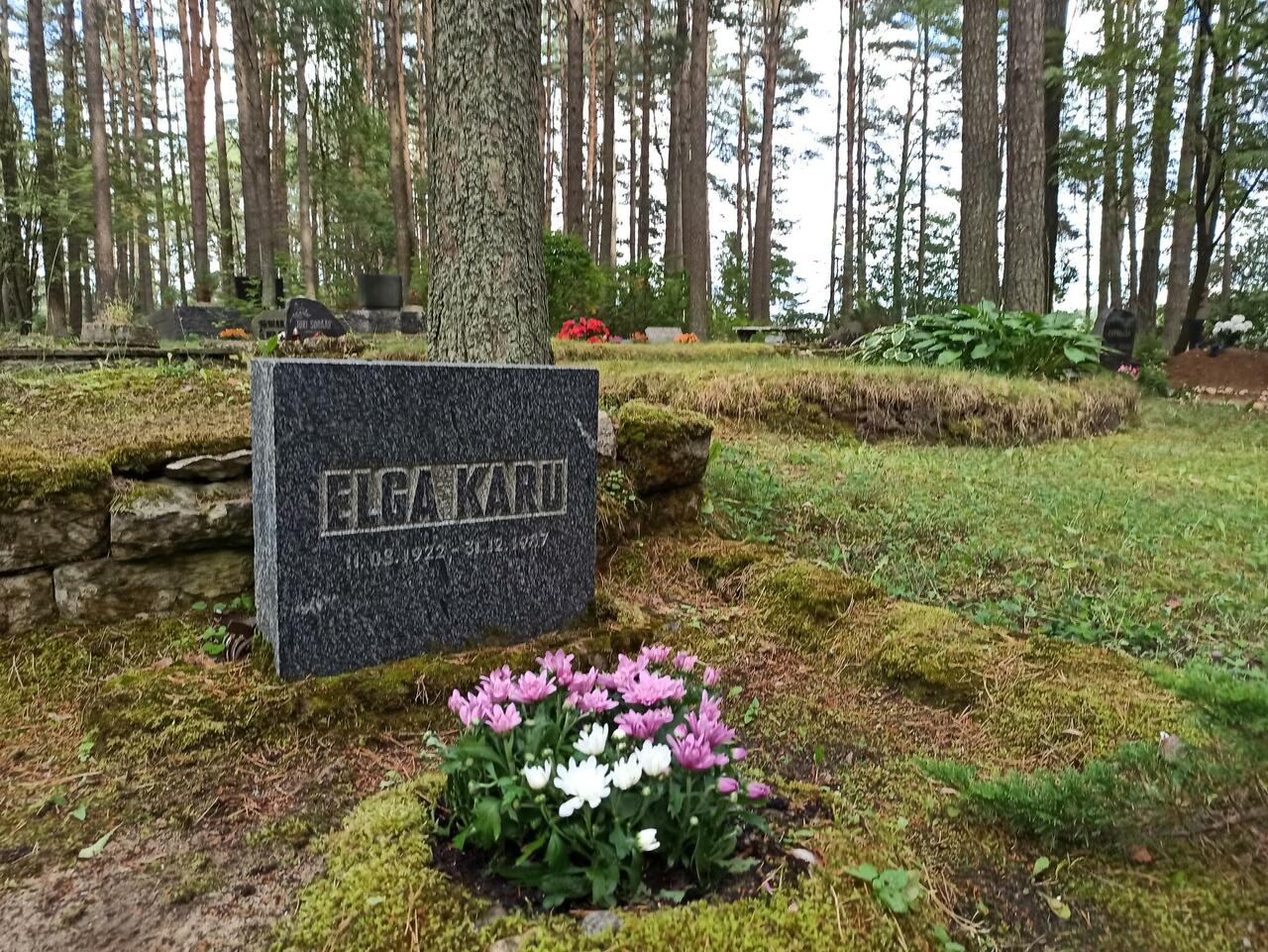 It is again that time of the year to visit the cemetery and the grave of my grandmother. It is a tradition of ours, something that me and my mum usually do, just the two of us. This year it is different. My mother has been ill, not with Covid, but other problems that have definitely become worse through or because of this Covid-time and the current restrictions in everyday life. She has been suffering under a lot of pain, caused by nerves being compressed wrongly together in her back. It has been devastating to see her suffer. It makes me feel helpless and powerless and often this feeling can easily be converted into anger. Anger is a much easier emotion to express sometimes, but it is often a mask for something else.

Today as well, I feel some sort of helplessness. Sadness that wants to engulf me.

Life does not present us with easy and quick solutions. But the unknowing is hard, to try but still not to know whether you will come out at the other end and how. The transition state. Moving from one to the other. It is good when you know what the other is. But sometimes you do not even know that, you just know that you need to close one door, in order to have the possibility to open new ones.

As with what happened four years ago, again, I am changing my working environment. It is my own choice, I want this. But this does not mean that I am not scared of the unknown, the obstacles that I will face, the mistakes I will make. But there are also so many other transitions and states of the unknown connected to my family members … and I am scared, I feel helpless.

I have this poem about departures and reminders, where I state that “the departure marks the border between what is already known and the yet unknown, it is always painful but there is also hope”. I write that “the fact that we do not know what encounters us on the other side of the borderline does not mean we should fear it; as humans we do not know and cannot know everything, often believing is enough”. Because the important things are born out of faith and confidence.

I am also reminded in that poem to myself and with everyone who reads it, that we should really try to live each day like it would be the first and last. We should be respectful towards life, but at the same time courageous and grateful. What else can happen than the unexpected? It will happen anyway!

Easy to state, but much harder to fulfil.

Sometimes I wish I knew the future. But then, wouldn’t that be boring?

Two days ago an important Estonian writer and thinker Jaan Kaplinski died. It is a big thing in Estonian society. It has been said that he was close to being nominated for the Nobel prize for literature several times. But then again, close does not mean anything at the end and prizes are prizes, important but also to some extent irrelevant. Thomas Salumets has written a brilliant book (“Unforced flourishing”) about Kaplinski and his way of thinking and writing. And a few international documentaries have been made about him (for example, 'The Kaplinski System'). Even if he is not exactly “my” writer, Kaplinski was and is a big poet. His work was somehow interwoven with Estonian nature and he managed to express this feeling of being one with everything in his poems. He was not scared to think and express himself differently to what others thought. He was independent.

What do we keep if we let go?

Today my mother and I went to the cemetery, to visit the grave of her mother, my grandmother Elga. Tomorrow is the 95th anniversary of her birth. You and Elga were both born in the same year, 1922. So whilst visiting the cemetery today I learned to my astonishment that you and my grandmother Elga were classmates. This must have been at Tallinn's first Girls' Gymnasium? And that you were reunited when you were able to make your first trips back to Estonia in the 1980s. Certainly you must have had much to talk about; besides, you were both musicians. Grandmother was a piano teacher at the Conservatory. Today mother told me that you had gifted Elga your white beret and a black purse to carry when attending concerts. My mother also wore the beret; as an artist, it suited her better and she liked it. The beret got worn out and it no longer exists, but my mother promised to try to find the purse.

I am very sorry that my grandmother did not live longer than she did. She died when I was only seven, and so I don't have many memories of her. However, in a suitcase I do have a number of her letters and papers. Perhaps the two of you corresponded, and I may suddenly come upon one of your letters amongst her papers?


The letters are part of a book published in Estonian in September 2019 entitled ”The Courage of Living. Letters to Käbi” (Elamise julgus. Kirjad Käbile, EKSA, 2019). The Estonian book is almost sold out (though some copies can still be found in a few book shops and on my home page). A translation into English by Tiina Ann Kirss will hopefully be published soon.