Translated from German by Anita Tscherne 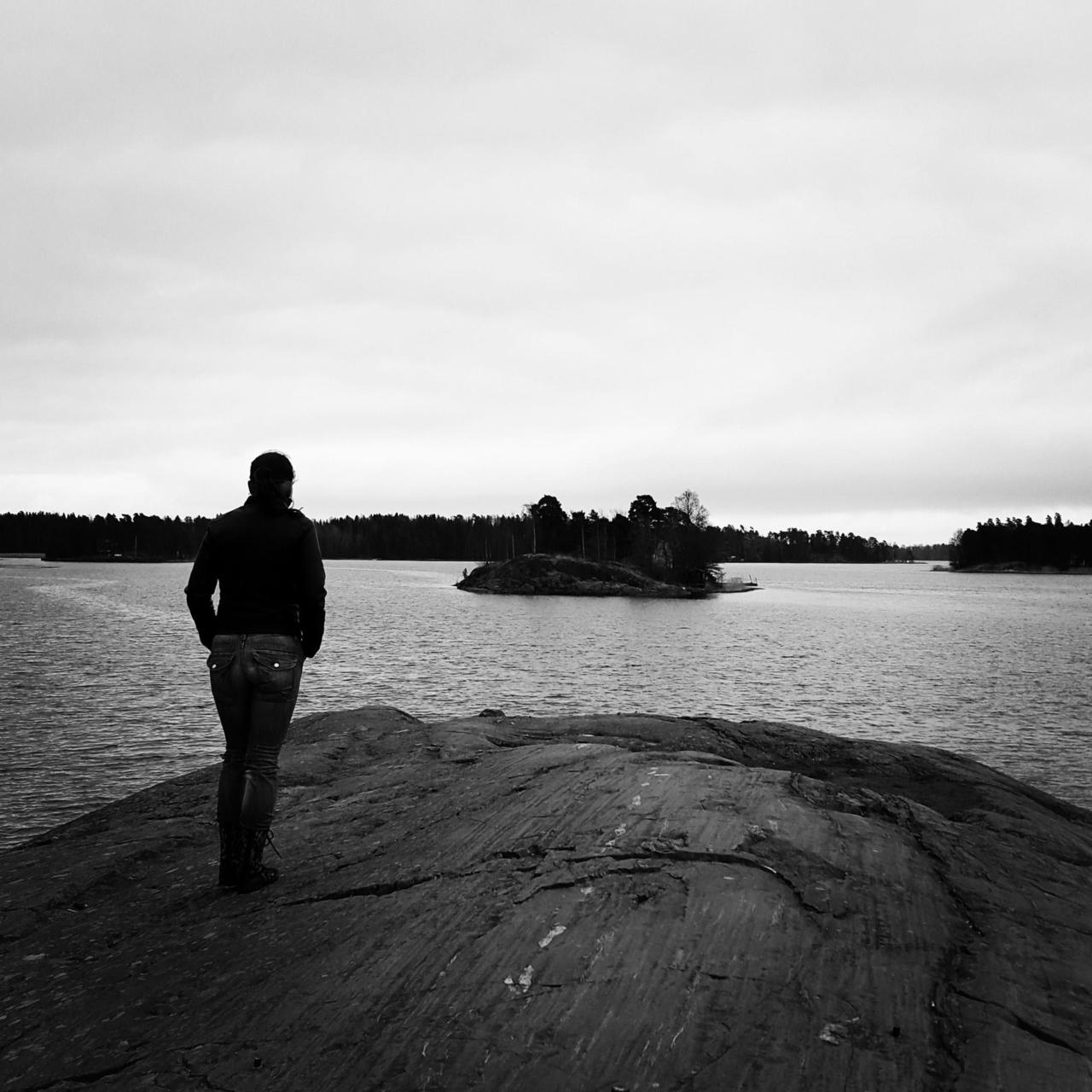 When I recently flew to the USA, to a city called Portland, to give a lecture on the last ever novel by the German author Christa Wolf, City of Angels or The Overcoat of Dr Freud, I came across the angel.

I intended to read City of Angels by Christa Wolf alongside the novel Shadow Play by the Estonian author Viivi Luik, in order to illustrate the connection between different times and people from different eras, and thus furthermore to highlight how in literature, as well as in everyday life itself, the most diverse encounters are connected with moments that have already passed or are yet to come, and how these moments can coincide in order to suddenly make something that is self-evident, yet previously unrecognised, apparent.

"A wink from God," the black angel said, but only later, in the yet to come future. In my presentation of the two aforementioned novels I wanted to talk about how Viivi Luik makes it clear in her book that we often have no idea which people and places will one day play a serious role in our lives. The people may have already been born, they may have their own unique lives, but we do not yet know anything about them, or when and where our lives will cross. Some of us will meet for good. Other paths will cross to allow us to discover something, to perhaps be struck by the miracle of life.

My journey to Portland led from Stockholm to Los Angeles - from the city where the pianist and writer Käbi Laretei had spent most of her life and to whom I had dedicated my latest book, to the City of Angels, where Christa Wolf sought refuge after the fall of the Berlin Wall at the beginning of the 1990s, and of which she speaks in her novel.
I wasn't too excited about my upcoming trip and was even afraid of flying, something I didn't quite want to admit to myself. Instead, I reassured myself with the words of Viivi Luik, or at least I believed I did, that I could neither know nor foresee what awaited me in the future, that is, on the journey. But without daring to go on the journey, I could not encounter exactly that, the not yet known.

Portland welcomed me with warmth and hospitality. On the second evening I walked confidently and without a hint of doubt dressed in my black frock and my black and white jacket with the little white ceramic angel brooch pinned onto it to a round, half-empty table inside a huge hall filled with several tables where many people unfamiliar to me were gathered. Alongside the professors and other participants, he was also seated at this table, no longer dressed in black and leather as he was then, but in a suit, as is appropriate for a professor.

That's why I didn't recognise him straightaway, since I had no idea that he would be there too. Especially as I did not remember his name, any more than he knew mine. Seven years ago we had met each other under similar circumstances at a huge conference hosted by the German Studies Association and we had spent a few days with each other, shared our experiences, talked about life, discovered the city together.

"Are you in political sciences?" I suddenly heard myself asking him across the table. "What about you? Are you in literature?", he replied. We had recognised each other, although an eternity seemed to lie between our last encounter.

"You gave me a little white ceramic angel, a figurine from your mother's workshop. It's important to me. I took it with me to the United States. I live here now. Remember? "

"What angel?" I thought. Could it be that I had given him an angel? After a while, I seem to remember. He comes across, and he leans over to me and says, "You know, I would never part with that angel. That was a very beautiful and tender gesture. It's incredible to meet you here again. Incredible! Have you been to similar conventions in the meantime?"

"No," I say. Neither had he. But now, after seven years, here we both were, among these 1400 people. We sit down at the same table. It had taken a moment, but we recognised each other. I recognised him, without his black clothes, just as he recognised me, in my black dress. The angel had given me away.

"You’d stand out among a hundred people. You have such charisma and can't help it," he says.

Why had I given him the white angel back then, this young man dressed in black and leather? I seem to remember that it took courage. What would he say? How would he take it? Would he just find it trivial?

He looks at me like he knows what I'm thinking about. "I can't remember your exact words, but I remember the feeling. Such a delicate gesture. I never experienced anything like that before."

The tender gesture as a helping hand towards the future? A test of courage for future encounters?

We did not fly together, hand in hand, over the bay of Santa Monica, like Christa Wolf with her black angel in the City of Angels. But we found a nice café, looked at each other, saw each other, and became reacquainted in conversation. As if the years had not passed, as if we had always known each other. German words such as 'Fremdenscham', which also exist in Estonian but not in English, entertaining us.

I'm sure. If not before, then definitely in seven years.